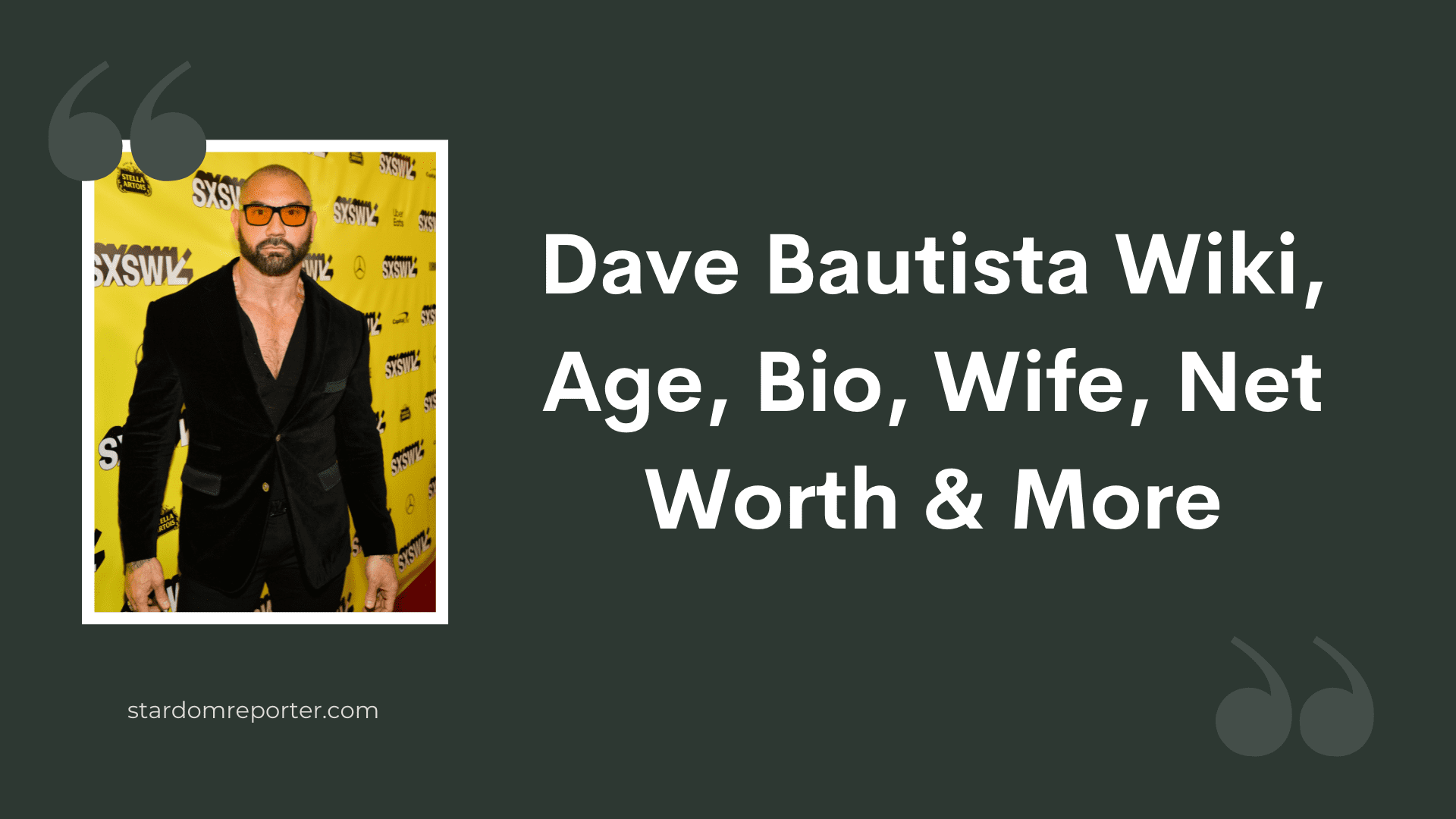 Dave is an American actor and former professional wrestler born on 18th of January, 1969 who has won World Heavyweight Champion title 4 times and WWE Championship twice. Weighing over 290lbs, David Michael Bautista Jr. who is currently 52 years old is more famous by his ring name ‘Batista’. The ex-WWE Champ had made a last run in 2018-19 in the Ring and nowadays, is famous for the playing the role of Drax The Destroyer in Guardians of the Galaxy movies and his recent work in Dune (2021) was acclaimed by audience. 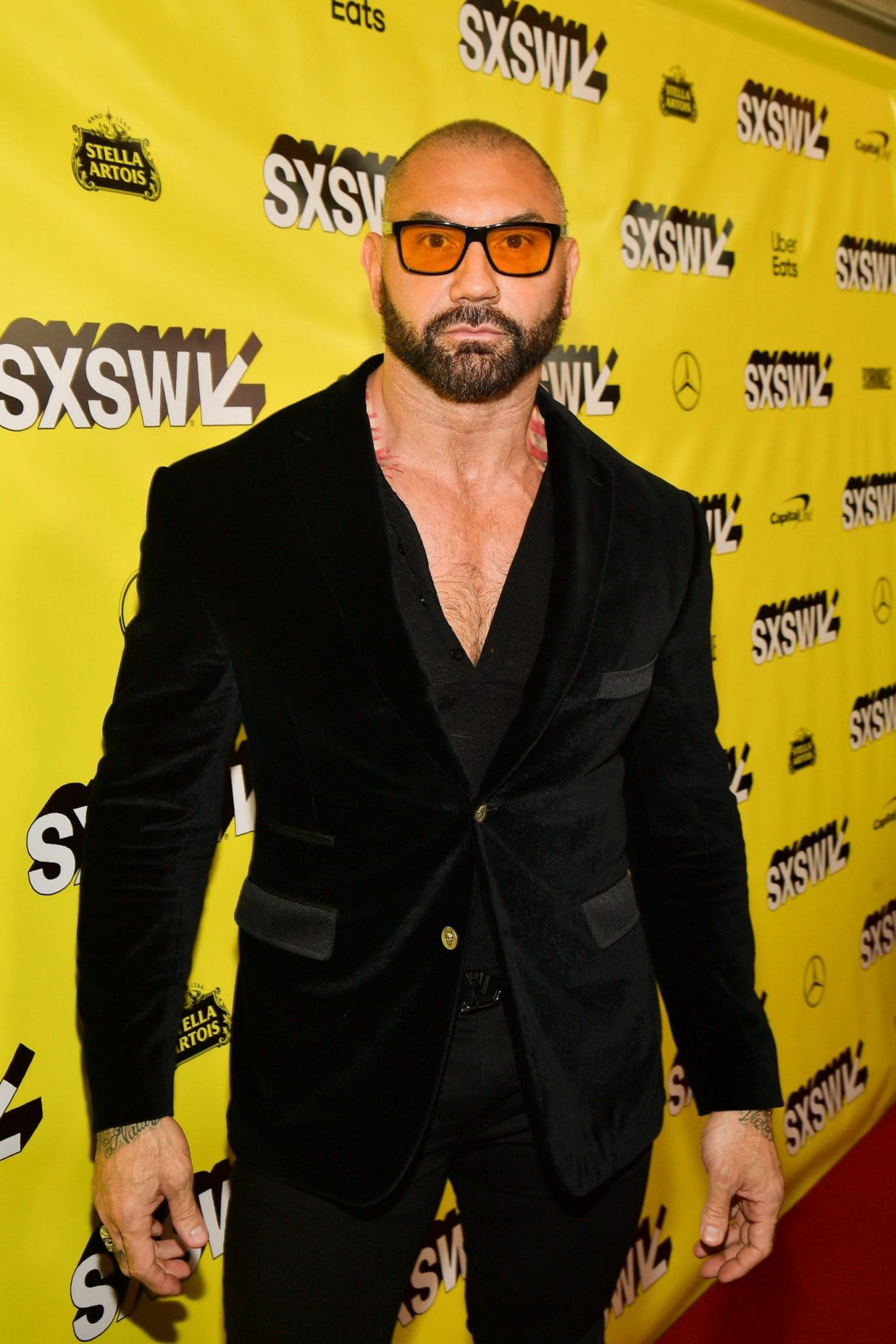 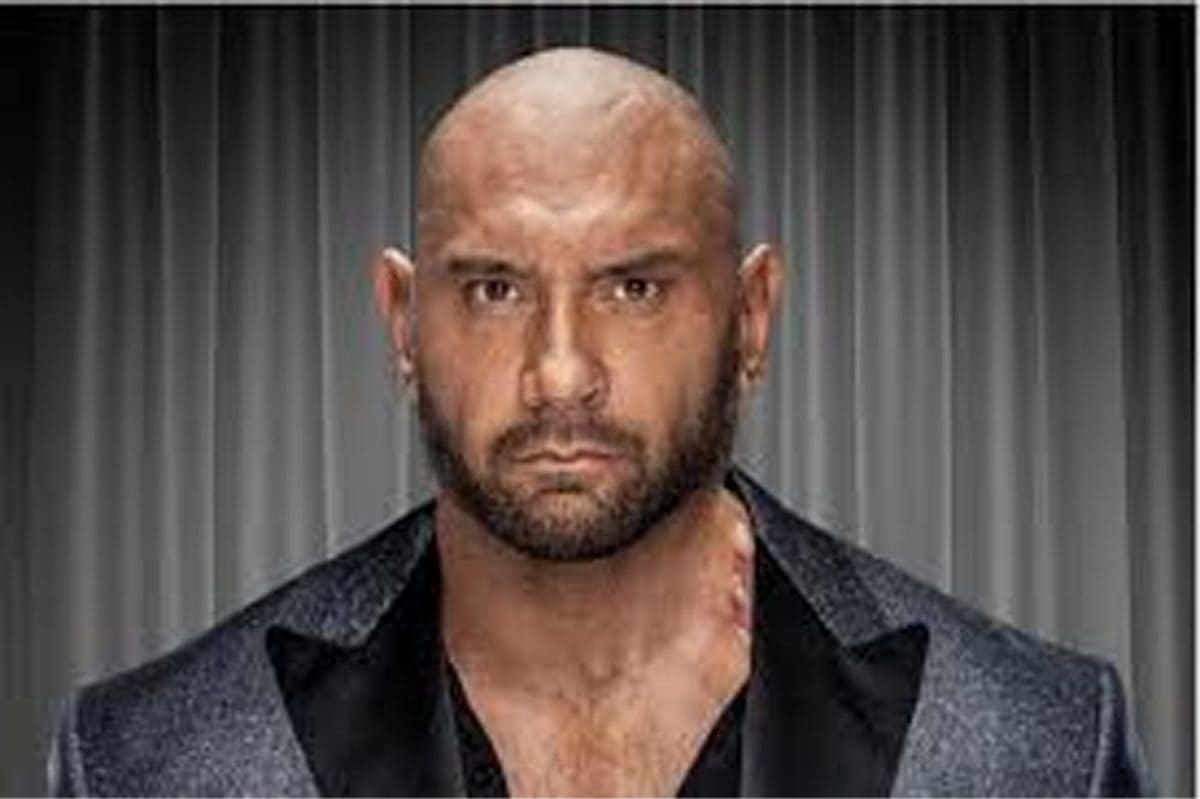 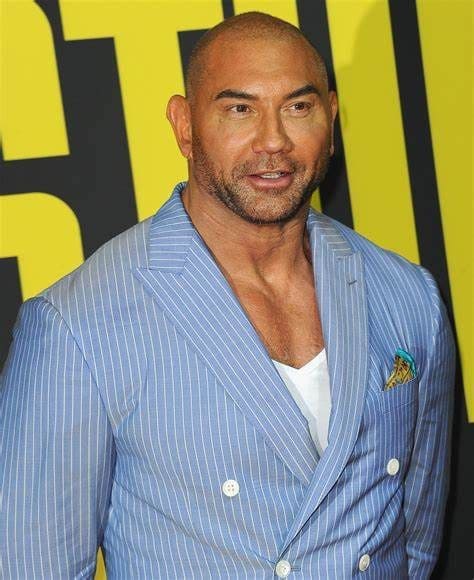 Dave was always passionate about wrestling and at the age of 17, he left his home and started living on his own. He managed to cop-up with the struggle and earn himself a satisfactory living.

Distant from his family, young Dave always lacked the dedication to study. Eventually he left his graduation in the middle and started on his way to become “Batista”. He made his first appearance as a professional wrestler in Ohio Valley Wrestling league in 2000 under the name of ‘Leviathan’.

The six times champion has earned huge amount of fame and wealth being a wrestler and his association with big projects like Marvel’s Guardians of the Galaxy volumes and Dune have contributed heavily to his worth.

Dave Bautista’s life has been full of ups and downs. He has mentioned it several times how he had a life in poverty. 3 murders had occurred on his front lawn by the time he reached the age of 9. When he was 13, he was already into stealing cars. Life was supposedly coming back to track by the end of 20th century. But though he was gaining acknowledgment as ‘Batista’ and winning world titles while his personal life was being torn apart. Before his wrestling career had even started, his first marriage came to an end. Dave was married to Angie Bautista from 1998 to 2006 and to Sarah Jade until 2019. In 2005, Batista became a global star by winning the Royal Rumble at WrestleMania 21.

His acting career began in 2006 with the comedy movie ‘Relative Strangers’ but it his official debut came 3 years later with the movie ‘My Son, My Son, What Have Ye Done?’. Batista was at his peak during 2005-08 as he fought against greatest wrestlers like Undertaker and Great Khali. In 2007, he was accused of drugs which circulated his negative image among viewers. Even though he retired in 2010, He came back to the ring in 2014 and won that year’s Royal Rumble. He again retired to return back in 2018 to fight Triple H and then finally quitting in 2019. He had fought Triple H 21 times in his entire career.

Not only this, Dave Bautista holds the world record for defending the World Heavyweight Champion Title for the most days, i.e. 282 days. Right now, he is working for Guardians of the Galaxy Vol 3 and Dune part 2. The character of Drax in Marvel Universe has proven lucky for Batista as people were able to know the funny and cute side of Batista apart from his title of “The Animal of the Ring”

You have successfully made it to the end of the article! We hope it satisfied your curiosity and told everything you needed to know about Dave Bautista.