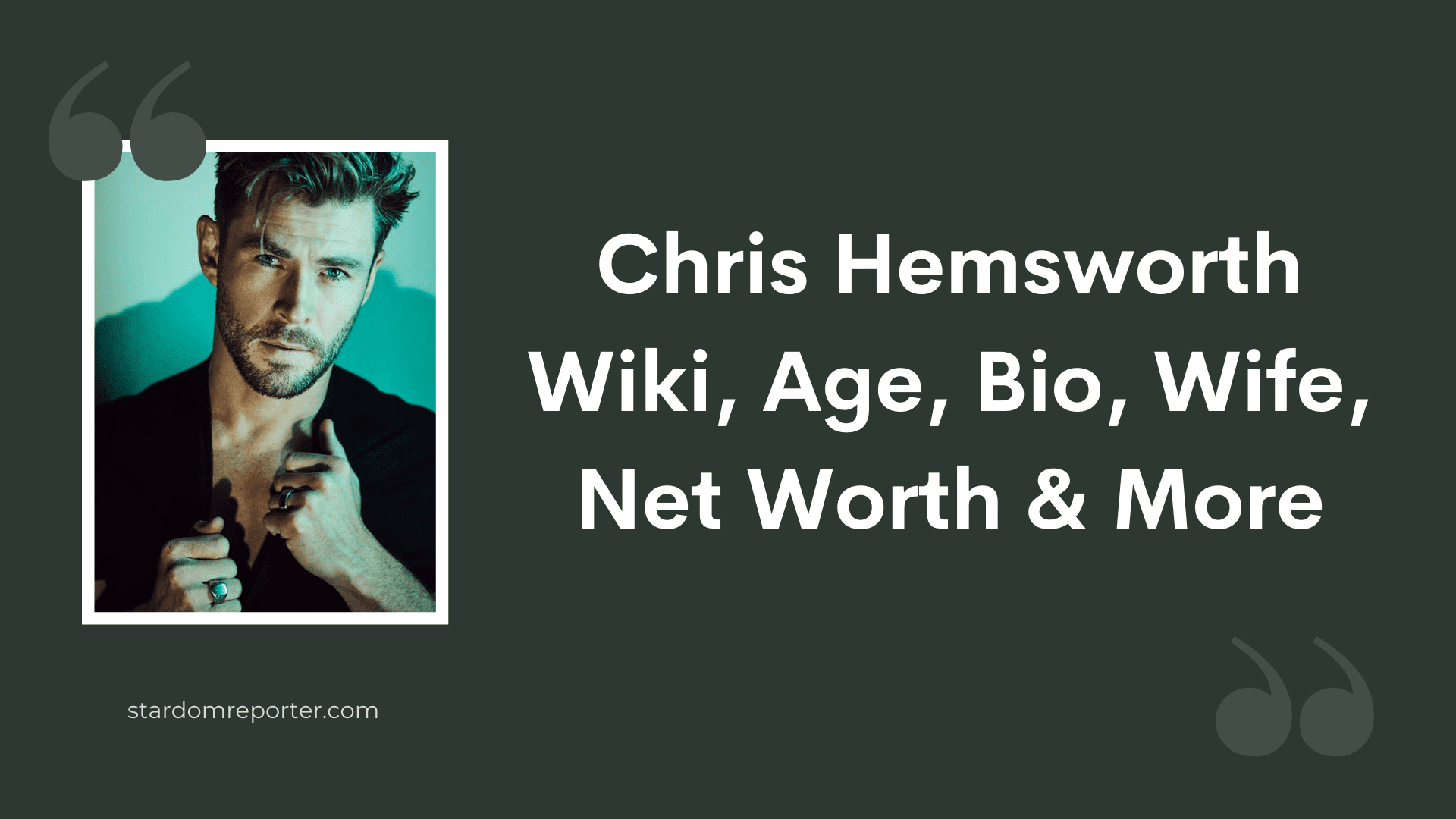 Christopher Hemsworth is an Australian actor who is most famously known for his role as Thor, the Asgardian God of thunder in the Marvel Cinematic Universe. He is among the most popular actor across the globe and is loved by many. To know more about this amazing actor let us go through the page we have created for our readers. 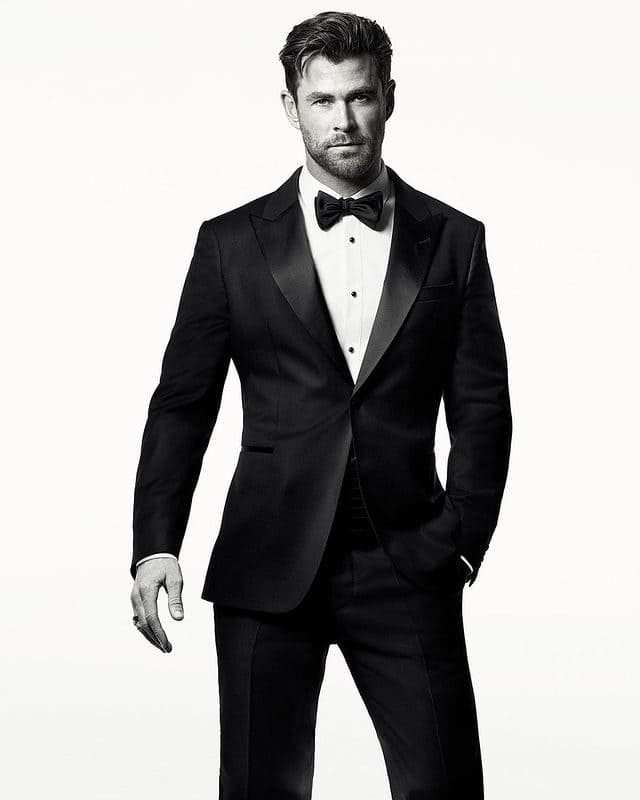 Christopher Hemsworth, more popularly known as Chris Hemsworth is an Australian actor. Born on 11th August 1983, this actor has celebrated his 38th birthday last year (2021). He was born in Melbourne, Victoria, Australia. He is a Leo. His believes in Christianity. 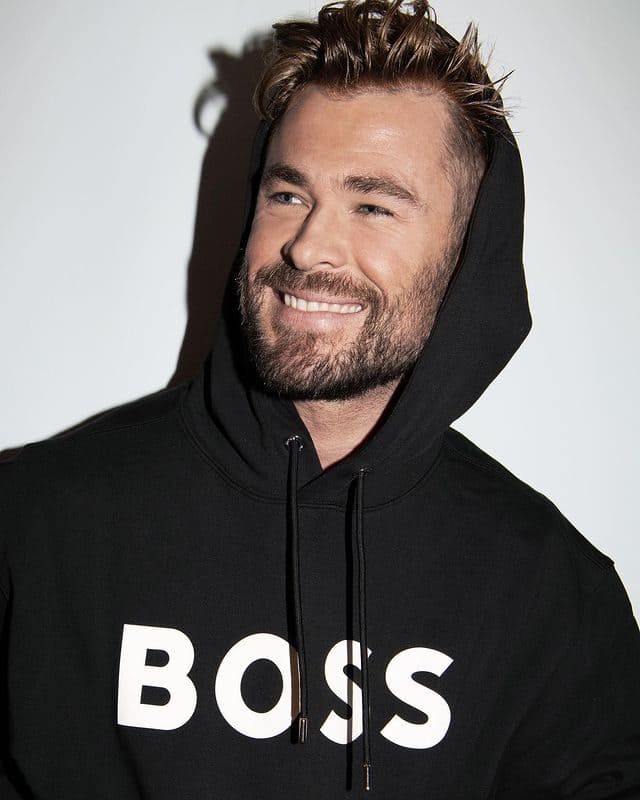 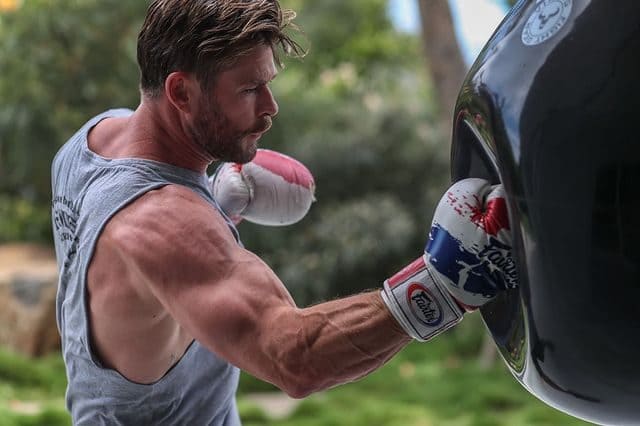 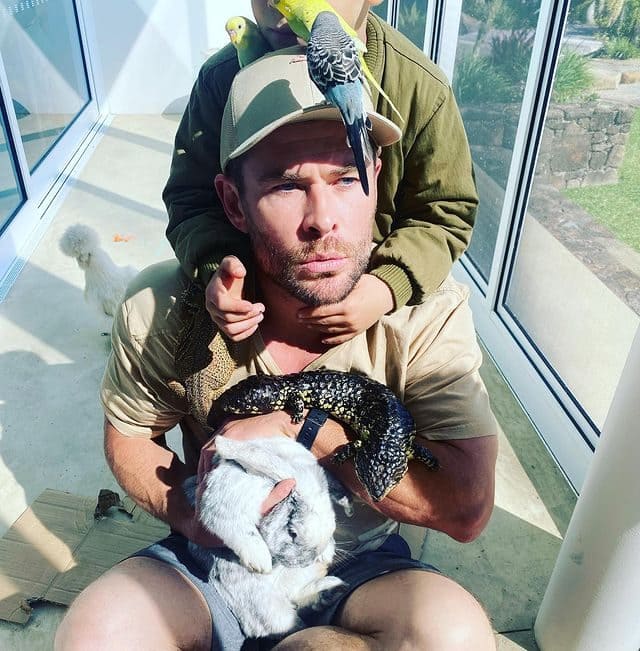 Hwmsworth was born in the family of Criag Hemsworth and Leonie Hemsworth in the year of 1983. His parents were quite affluent. Criag was a social service councilor and Leonie was an English teacher. Chris already had a brother by the time he was born. Luke was his elder brother. After seven years of Chris’s birth, Liam his younger brother came to the world. Both Liam and Luke grew up to become famous actors.

Chris was brought up in  Melbourne and in the Outback in Bulman, Northern Territory. In an interview where he was asked about his childhood, he said, “My earliest memories were on the cattle stations up in the Outback, and then we moved back to Melbourne and then back out there and then back again. Certainly most of my childhood was in Melbourne but probably my most vivid memories were up there [in Bulman] with crocodiles and buffalo. Very different walks of life.”

His initial education was being conducted at Heathmont College. But he had to leave the school as his family moved to Northern Territory, and later to Phillip Island. The details about his collage is yet to be revealed as the actor never told about those details.

Hemsworth was luck enough to attract the attention of the famous Spanish model as well as actress Elesa Pataky in early 2010. They felt their love grow and got married in the fall of 2010. They even had three children. This sweet couple had a girl, India Rose Hemsworth in May 2012. Just two years after that, this couple welcomed their second and third child in the form of two male twins. They kept their name as Tristan and Sasha.

Chris is a great father as well as a great husband. He appreciates his wife and is a very proud father. He Shears a lot of pictures and video with his family in social media.

With blond hair and blue eye, Chris is supposed to be one of the most handsome actor in the Hollywood. His good looks and almost perfect toned body has been the talk of several of his fans.

This actor started his acting career  back in 2002 with a role in the TV series called Guinevere Jones and Neighbors. He went to Sydney to play a role in Home and Away on 3 July 2007. He also participated in a dance competition that goes by the name Dancing with the Stars Australia. In the year of 2009 he played the role of James T Kirk’s father in the famous movie Star Trek. Chris was quite appreciated for “appropriately intimidating” performance of a “thuggish backpacker.”

In the year 2010 Chris played his first role in a Hollywood movie called Cash. The very next year Marvel Cinematic Universe announced the release of the movie Thor. He and Tom Hiddleston, who later got the role of Loki in the same movie, auditioned together. Chris even worked out a lot to prepare his body so as to look more like the character. Harmsworth was chosen over Tom to play the part of Thor in the first instalment of Thor movie. The movie was a big success and earned him a lot of fame. It was the 15th highest-grossing film of 2011. He got appreciation from the critics for the movie. Hemsworth got the opportunity to reprise his role for the film The Avenger in the upcoming year. This film also became a huge success

Harmsworth along with Kristen Stewart played in the movie Snow White and the Huntsman where the movie got mixed reviews. In the year 2013 Chris replayed the role of Thor in the move Thor: The Dark World. Though this movie is one of the most underrated movie if MCU, Chris as well as Tom was praised for showcasing the chemistry between Thor and Loki. He continued to play his role as Thor in other MCU projects like Avengers: Age of Ultron, Avengers: Infinity War and Avengers: Endgame in 2015, 2018 and 2019 respectively. He actively took part in the 3rd installment of Thor franchise, Thor: Ragnarok.  In between he also played in movies like Blackhat, The Huntsman: Winter’s War, Ghostbusters, etc. He also acted in the latest installment of popular franchise, Men in Black: International.

His latest work was giving a voice to his fan favorite character Thor in a eight episode long Marvel web series What if…? Aside from movies he voiced in few video games and acted in few web series like Marshall Law (2002), The Saddle Club (2003), etc.

Though, Chris is chosen to reprise the role of George Kirk in the fourth and upcoming film of rebooted Star Trek film series, he left the project. Upon asking by the media, he told that the underwhelming script was at fault for which he broke the agreement. He is also supposed to reprise the role of Thor in the film Thor: Love and Thunder which is scheduled to be released in the summer of 2022.

You have successfully made it to the end of the article! We hope it satisfied your curiosity and told everything you needed to know about Chris Hemsworth.